“This year’s drought is unprecedented, causing food shortages on a scale we have never seen here before,” said Dr. Michael Charles, Head of the International Federation of the Red Cross’ Southern Africa cluster in a public statement. “We are seeing people going two to three days without food, entire herds of livestock wiped out by drought and small-scale farmers with no means to earn money to tide them over a lean season.”

“Smallholder farmers living on the edge of poverty are gambling with their livelihoods, health, and lives when they only plant one crop.”

Families hit by the deadly threat of famine can find some support in relief agencies, but as the World Food Programme (WFP) has made quite clear, this level of need will overwhelm relief capacity.

“As things stand, we will run out of food by [the] end of February, coinciding with the peak of the hunger season – when needs are at their highest,” said Niels Balzer, WFP’s Deputy Country Director in Zimbabwe in one statement.

Trees for the Future Executive Director John Leary says both farmers and relief agencies are making the same grave error.

“There is too much reliance on maize,” he says. “Smallholder farmers living on the edge of poverty are gambling with their livelihoods, health, and lives when they only plant one crop. What happens when the rains don’t come or a pest ravages the produce? You’re left with nothing.

In particular, Zambia has historically produced maize as a staple crop, but in the last five years drought has decimated the country’s production. In 2019 the country’s harvest neared a decade low with the national harvest falling to 2 million metric tons, that’s compared to a 2017 high of 3.6 million. Decreased supply and inflated prices has left more than 2 million Zambians food insecure.

“Zambian farmers, and farmers in other developing countries, will continue seeing inconsistent yields as long as the planet continues to warm,” Leary says. “But farmers can protect themselves from those inconsistencies by protecting their land and diversifying what they grow.”

In semi-arid regions like Sub-Saharan and Southern Africa, the low rainfall and unrelenting heat means that farmers should be strategic about what they grow. Periods of drought are to be expected. Families in this region of the world are well-accustomed to lean seasons when there is little to eat because of growing conditions.

Trees for the Future (TREES), an international development organization, uses agroforestry and regenerative agriculture training to help smallholder farmers in Sub-Saharan Africa escape hunger and poverty while improving their ecosystems and the environment. Contrary to the monocropping intensification techniques (one crop) used by farmers around the world, TREES teaches farmers to plant productive polycultures. The Forest Garden Approach teaches families to protect, diversify, and optimize their land by planting fast-growing trees, fruit trees, and permagardens. 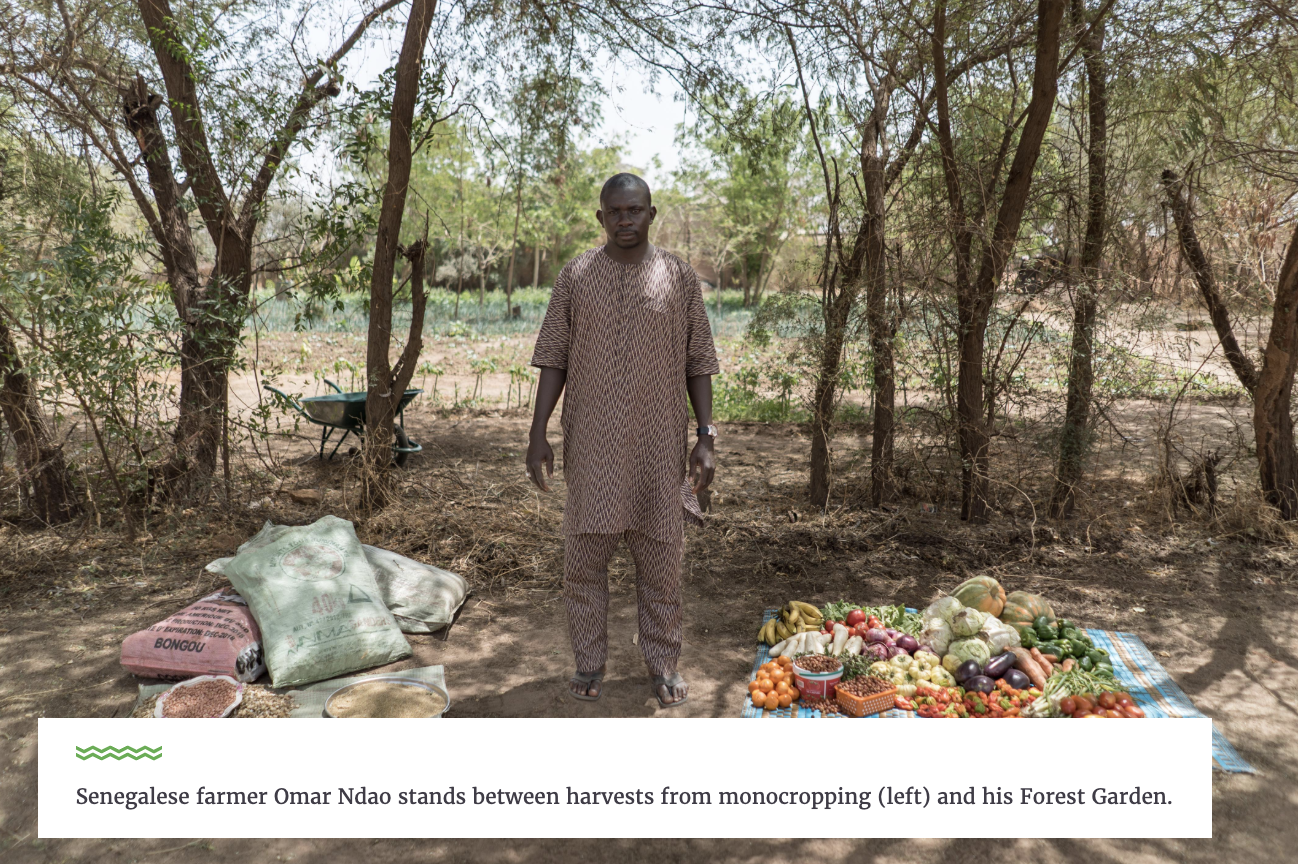 Leary says the first step smallholder farmers can take toward achieving food security is to plant a wall of trees around their farm. In zones across Africa where livestock roam free much of the year, living fences provide a free and renewable barrier to herding animals as well as harsh winds. Once land is protected he says the soil improves and farmers can plant a variety of crops. Just as a financial portfolio should be diversified, so too should a farm.

“The maize may fail due to drought one year, but hardier crops like sorghum and cassava would fare much better,” Leary says. "And though an early or late start of the rains could ruin an entire monocrop, tree crops like avocados, macadamia nuts and cashews will be a lot less affected.”

While there are barriers to acquiring seeds and learning new farming tactics, stakeholders in the region are recognizing the need for crop diversity in the region. A notable voice on the issue is Zambia’s Vice President Inonge Wina. Wina has been publicly encouraging Zambians to reduce their reliance on corn in their diets and look to more nutrient-rich and drought-tolerant options.

“The Vice-President has appealed to all Zambians to focus on diversifying diets at household-level,” said Permanent Secretary in the Office of the Vice-President Stephen Mwansa in a statement. “The switch is one of the low-cost and effective ways of also addressing stunting and malnutrition in the country, as well as assurance of food security at domestic and community-levels.”

“It’s promising to see a national leader advocate for crop and nutrient diversity,” says Leary. “The next step is convincing local farmers that there is a better option out there and helping farmers to think differently about their production systems.”

Leary’s organization began implementing and measuring the benefits of the Forest Garden Approach in Sub-Saharan Africa in 2014. Since then, Trees for the Future has helped more than 73,000 people revitalize their lands and achieve food and income security. Using the FAO Household Food Insecurity Access Scale and the Household Dietary Diversity Score, TREES saw farmers’ food insecurity rates drop by 33% and dietary diversity scores improve by 44%.

“We’re working in some of the hottest, driest places in the world. But we see Senegalese and Tanzanian farmers using climate-smart permaculture and agroforestry to sustain themselves through drought,” Leary says. 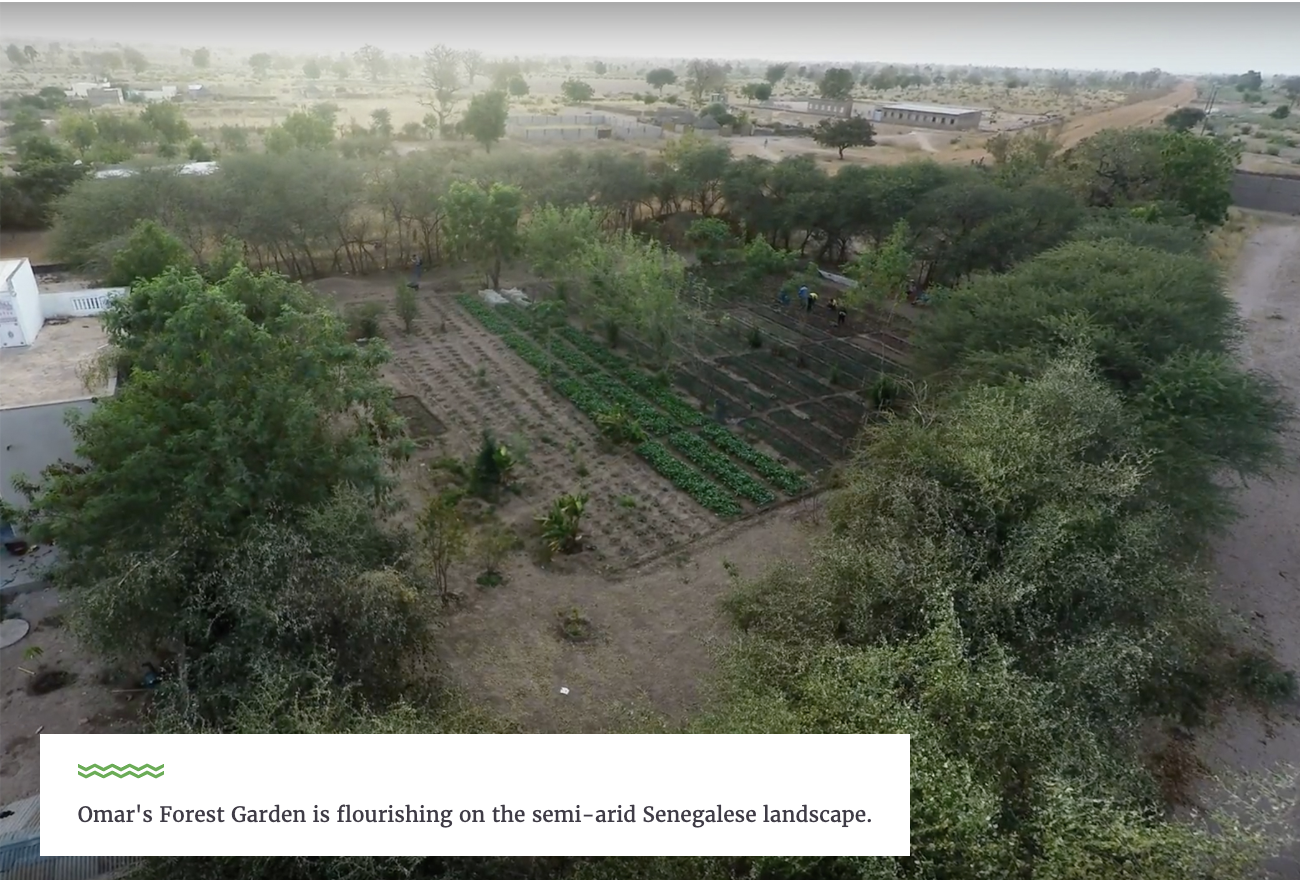 Changing weather patterns and increased frequency and severity of droughts are unquestionably tied to global warming. This is exacerbated by unsustainable land-use techniques, particularly the widespread use of fire to clear land for monocropping. Shortsighted slash-and-burn tactics are widely used in Southern Africa - in satellite imagery, fires in Australia and the Amazon pale in comparison to those burning on one-hectare farms in Sub-Saharan and Southern Africa. The lack of rain hasn’t kept Zambian farmers from burning their fields either. And sadly, these practices contribute to the cycle of drought and warming.

And while agribusinesses and farmers are leading contributors to land degradation and a changing climate, they are also the solution.

“The solution to climate change in the long term, is also the solution to hunger and famine right now,” says John Leary, Trees for the Future Executive Director. “When we transform the way we grow our food, we will reduce our impact on the environment, and we can also become more resilient, and less vulnerable, to drought, natural disasters, and disease.”